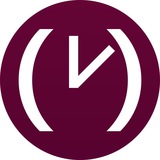 A year after v1.29.0 we've shipped a new v1 version. It includes a fix for a DST issue, new Serbian and Belarusian locales and also fixes for Thai and Japanese locales. See the full change log below.

It was a long time coming release. We had few pull-requests waiting for months for the merge, but because of complication with the build system, we never had the chance to approach them. The DST fix that we've introduced in v2 and backported to v1 gave us needed motivation.

This release will also be the last minor release of v1. From now on we'll be only publishing bug and security fixes, but no more new features, locales, and improvements.

- Fix misspelled January in the Thai locale. Thanks to @ratchapol-an!